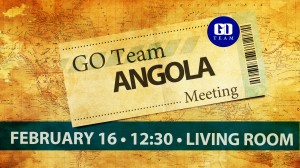 This meeting is for anyone who has never been to Louisiana’s Angola Prison and is interested in attending this year to serve (May 15-18). All who have been to Angola in the past should have received information regarding this year’s trip. If you’ve been to Angola and are planning to go again, please email Pastor Thompson.