3 Ways to View the World

In a world plagued with allegations of “fake news” (whether justified or unfounded), what is your trusted source for truth? How does your view of truth impact the way you see the world?

From early humanity until the fourteenth or fifteenth century A.D., a respect for a “higher authority” dominated the world.

Although opinions about the higher authority often varied, a leader from this era might have explained, “If you want to understand the world, you must submit to a code of divine law.”

Those espousing this worldview believe that faith trumps logic.

James Henslin records, “Just as humans today have an intense desire to unravel the mysteries around them, so did people in ancient times. Their explanations were not based on observations alone, however, but were also mixed with superstition.” Stories, myths, and even the position of the stars played a role in people’s discernment of truth.

When a typical premodern thinker observed facts, he or she would primarily think, “How does this observation relate to my standard of revealed truth?” After seeking divine perspective on the issue, he or she would then interpret the observations through a divine grid.

The basic premise of premodernism is that truth comes from somewhere “up there” (i.e. from God or some form of god-consciousness) and that humanity was created for a higher purpose.

James Henslin records, “To satisfy their basic curiosities about the world, humans gradually developed science–systematic methods to study the social and natural worlds.” Such thinking characterized the modernistic thought that prevailed after the Middle Ages and led to cross-continental enlightenments. A magical and (eventually) scientific worldview ruled the day.

A leader from this era might suggest, “Let’s examine the evidence with our intellect and decide what’s true and what’s not.”

Those espousing this worldview believe that logic trumps faith.

Tim Keller explains how the world transitioned from premodernity to modernity:

“In ancient times it was understood that there was a transcendent moral order outside the self, built into the fabric of the universe. If you violated that metaphysical order there were consequences just as severe as if you violated the physical reality by placing your hand in a fire. The path of wisdom was to learn to live in conformity with this unyielding reality. That wisdom rested largely in developing qualities of character, such as humility, compassion, courage, discretion, and loyalty.

Modernity reversed this. Ultimately reality was seen not so much as a supernatural order but as the natural world, and that was malleable. Instead of trying to shape our desires to fit reality, we now seek to control and shape reality to fit our desires.”

When a person in this period made an observation, he or she would then filter it through tests and logic… “I will run a series of tests and make my own logical conclusions based upon the evidence before me. When I am satisfied with my tests, if there is a divine authority or universal standard, I will transfer this grid of thinking up to him. If a divine authority does not exist, that’s okay too.”

The basic premise of modernism is that truth is somewhere “out there.” Divine consciousness and transcendence are virtually replaced with experimentation and observation.

Adolph Hitler was the quintessential modernist. He led his Nazis to slaughter Jews, gypsies, Slavs, homosexuals, people with disabilities, and others he deemed inferior. He justified his genocide based on those who were “least evolved.”

A similar belief system ultimately lead to stories like Ota Benga: the 22-year-old pygmy kept in the monkey house of the Bronx Zoo. Those who believed he was the missing evolutionary link justified their actions of inhumanity.

No one speaks definitively as to when postmodernism began. Perhaps it stemmed from the repulsion brought about by the flawed attempts of Adolph Hitler; therefore, it’s most commonly dated back to the mid 1940s.

For postmodernists, truth equals nothing… “Many truths exist. Let everyone believe whatever he or she wants to believe. One person’s ‘truth’ is as good as another’s. The belief in absolute truth is the root of all evil.”

The basic premise of postmodernism is that my truth is “in here,” referring to one’s own mind or heart.

A postmodernist might claim, “I see something that looks like a fact; but who is to say I’m correct? Who is to say anybody is right? How do we even know for sure there is a definite standard for truth?”

I am the way and the truth and the life. No one comes to the Father except through me. (John 14:6)

We believe Jesus was born in Bethlehem, lived the perfect life, sacrificed Himself on our behalf by dying on a cross, arose from the dead on Easter morning, and lives today to save anyone who calls on His name.

Am I thankful for the discoveries of modernity? Without question! Because of great strides in scientific research we now know not to do surgery with unsterilized scalpels or not to forget washing our hands with disinfectant soap after preparing raw meat. Horticulture, agriculture, industry, and biotechnology are all gifts of the scientific method.

However, let us not forget that premodernist societies also used the scientific method, even if in primitive form. One fundamental difference can be found in the way these early societies used the scientific method compared with us today. Premodernists saw science as a tool to fill in the gaps where their divine law was silent; modernists see science as their divine law.

Has the world thrived in the era of postmodernity? Absolutely. There’s a certain beauty found in living within your God-given freedoms. It’s important to enjoy a sense of personal freedom where our pre-modernism and/or modern beliefs do not clearly delineate our standard of conduct.

However, let’s ask ourselves, “Can my heart always be trusted?”

Would you say that people naturally gravitate toward serving others, or towards selfishness? If we do tend towards pleasing ourselves, what prevents us from being self-deceived in our attempt to be our own authority of truth?

If the cultural relativism of postmodernism is true, what about cultures who condone murder, cannibalism, rape, terrorism, child molestation, or the killing of baby girls in a male-dominated society. Either such practices are acceptable in societies that deem them permissible, or they violate an objective moral value–even if they are contrary to a society’s positive sanctions.

Even if you don’t subscribe to the premodern view, or my personal beliefs about Jesus, please ask yourself, “What if divine truth does exist? How might that change my outlook on life?” 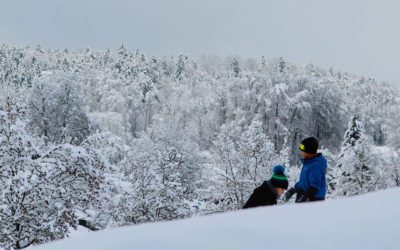 5 Reminders from the Snow

re you growing weary of winter? I sure am. My laptop screen is festooned with a picture of some beach, somewhere. It welcomes me each morning when I press the power button, and it’s the last thing I see before going home each evening. Vitamin D... 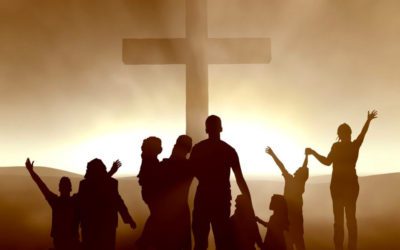 esus’ words didn’t always smell like roses. Actually, He was notorious for saying some very offensive things, especially to those with little love for God or God’s people. On one particular occasion, as Jesus taught a crowd of spiritual seekers,... 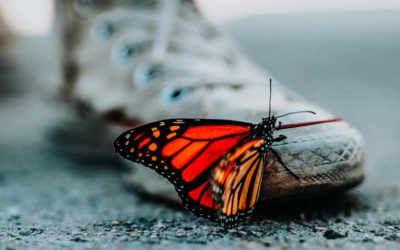 So, Christian, How Do We Change?

A Blast from the Past It’s a windy, brisk morning atop Mount Carmel. The green valley below slowly peeks through the dense fog, barely visible from the mountain above.  This mountain top may one day serve as the bleachers for the Battle of Armageddon, but today, it’s...