5 Reminders from the Snow 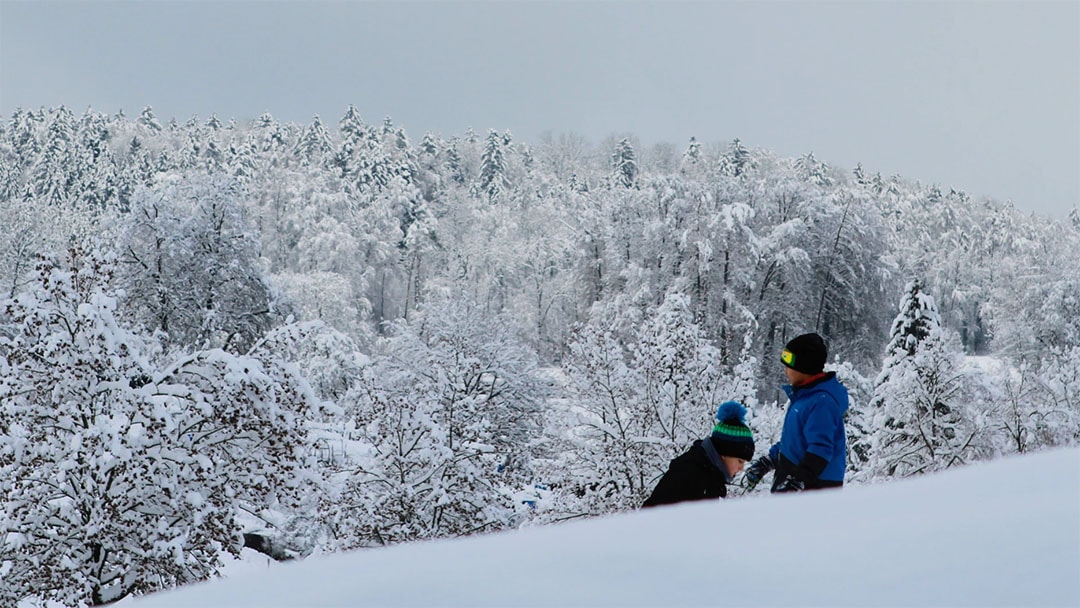 Are you growing weary of winter? I sure am.

My laptop screen is festooned with a picture of some beach, somewhere. It welcomes me each morning when I press the power button, and it’s the last thing I see before going home each evening.

However, I’d like to suggest something more for your winter survival kit: five encouraging reminders of the snow.

#1 – Snow reminds us of God’s creativity.

When John the Revelator caught a glimpse of Jesus through the ethereal veil, he described Him as such:

I turned around to see the voice that was speaking to me. And when I turned I saw seven golden lamp stands, and among the lamp stands was someone like a son of man, dressed in a robe reaching down to His feet and with a golden sash around His chest. The hair on His head was white like wool, as white as snow, and His eyes were like blazing fire. His feet were like bronze glowing in a furnace, and His voice was like the sound of rushing waters. In His right hand he held seven stars, and coming out of his mouth was a sharp, double-edged sword. His face was like the sun shining in all its brilliance. (Revelation 1:12-16)

Evidently, in His resurrected and heavenly state, Jesus radiates with Divinity just as He did on the Mount of Transfiguration (Matthew 17:1-13). This fits the vision that the ancient prophet described, “His vesture was like white snow, and the hair of His head like pure wool. His throne was ablaze with flames; its wheels were a burning fire” (Daniel 7:9).

#3 – Snow reminds us of God’s forgiveness

Is there anything purer than freshly fallen snow? Without any fear of toxins, pesticides, or other atmospheric pollutants, our 8-year-old son loves to make snow cones when it snows. With an empty cup and clean spoon on hand, and with can an ice-cold can of Coke nearby, one simply needs to add snow and… voila! A snow cone!

King David once prayed, “Purify me with hyssop, and I shall be clean. Wash me, and I shall be whiter than snow” (Psalm 51:7). Through ancient Isaiah, the Spirit calls to us, “Come now, and let us reason together. Though your sins are as scarlet, they will be as white as snow. Though they are red like crimson, they will be like wool” (Isaiah 1:18).

#4 – Snow reminds us of the refreshment of God’s Word

Farmers love a good snow; well, only if it falls after reaping and before sowing. In some parts of the world—even more than rain—snow delivers all the goodness that a garden needs to prepare for the next year’s harvest.

Evidently a big fan of snow, Isaiah again draws our attention to the metaphor of snow by recording what the Lord says about it, “For as the rain and snow come down from heaven, and do not return there without watering the earth (making it bear and sprout, furnishing seed to the sower and bread to the eater), so will My word be which goes forth from My mouth; It will not return to Me empty, without accomplishing what I desire and without succeeding in the matter for which I sent it” (Isaiah 55:10-11).

Do you have the winter blues? Is your heart and mind growing cold with every passing day with temperatures below freezing? Along with everything else you do to care for your body and soul, be sure to spend some time reading or listening to God’s Word.

#5 – Snow reminds us that life can be hard

Have you lost power recently? If you live in Texas during this apocalyptic winter, it’s likely that you have. Here in West Virginia, Sarah and I keep a list on hand of friends and family with fireplaces just in case we have to call in a favor if our power goes out in the winter.

For the world’s greatest missionary, Paul the Apostle, winter weather was on his shortlist of sufferings. “I have been in labor and hardship, through many sleepless nights, in hunger and thirst, often without food, in cold and exposure” (2 Corinthians 11:27).

Snow is beautiful. Like a multifaceted icicle, it points us to all sorts of positivity; nevertheless, winter can also be a hard season: physically, mentally, and emotionally.

If you agree, contemplate the Bible’s snow metaphors. Discuss them with a friend or family member. While you’re at it, throw in a bowl of steaming chili and a homemade snow cone made with your favorite pop.