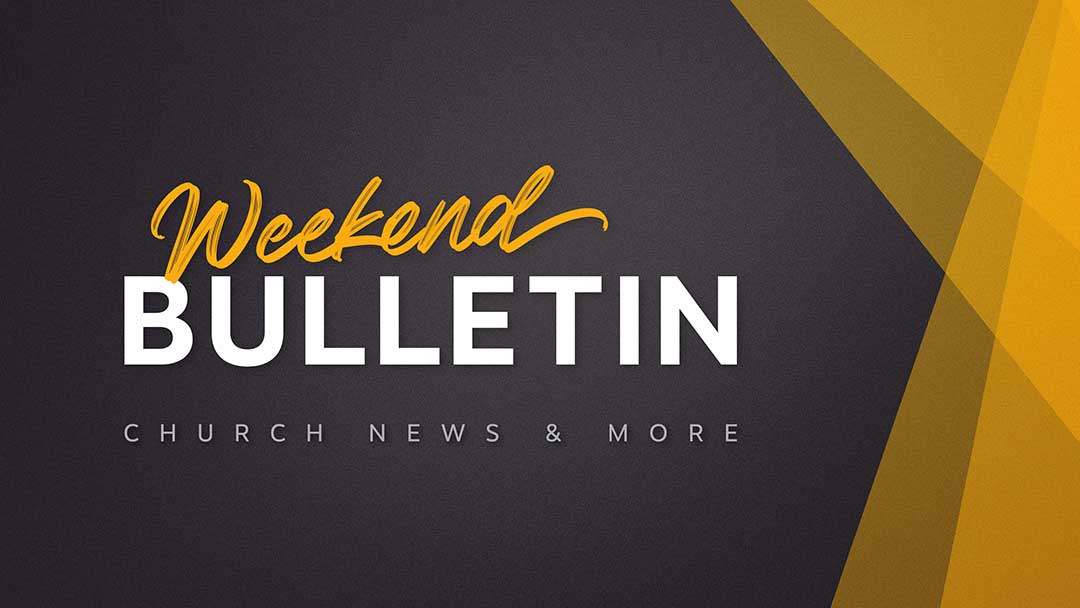 Welcome to church and happy Father’s Day! Thanks for visiting on campus, online, or on TV.

We celebrate the birthplace of Mother’s Day here in West Virginia, but where did the American version of Father’s Day originate? After listening to a Mother’s Day sermon in 1909, Sonora Dodd of Spokane, Washington wanted a special day to honor her father, a widowed Civil War veteran who was left to raise his six children on a farm. The first Father’s Day celebration, June 17, 1910, was proclaimed by Spokane’s mayor.

The first presidential proclamation was issued in 1966 when President Lyndon Johnson designated the third Sunday in June as Father’s Day. It has been celebrated annually since 1972 when President Richard Nixon signed it into law.

Globally, the origins of Father’s Day are much older. For centuries, the Eastern Orthodox Church has appointed the second Sunday before Nativity as the Sunday of the Forefathers to commemorate Christ’s human ancestors, emphasizing Adam and Abraham.

A customary day for the celebration of fatherhood in Europe dates back to 1508. It’s usually celebrated on March 19 as the Feast of Joseph (Jesus’ earthly father). Since the fifth century, the Coptic Church has celebrated something akin to Father’s Day each year on July 20.

This weekend, while my family and I are away on vacation, Pastor Mike will be speaking on fatherhood, pointing us all to the Heavenly Father of our Lord Jesus Christ.

This Week at a Glance

The righteous man walks in his integrity; His children are blessed after him.
Proverbs 20:7

Each year, 16% of our budgeted giving comes in the months of May and June. God continues to bless Bible Center through your generous giving.

In addition to funding current ministries, we’ve been able to expand and welcome more people onto our campus through the addition of ball fields, a playground, and a bike park. Will you pray about what God would have you give to help us end the year strong and continue to expand in 2021-22? For a message from Pastor Matt, a look at how God’s leading, or to give, visit the links below.

Wednesday, June 23 | 6 PM | Group singing is coming back! Come and join us for an evening of singing. We’ll gather together around the fire pit to sing hymns and worship songs, fellowship with friends, and snack on s’mores. Everyone’s invited, regardless of skill or experience!

Sunday, June 27 | 6 PM | Members and attenders are welcome to tune in at 6 PM via our online platform (BibleCenter.Online.Church). Join us for an hour of prayer, vision, celebration, and ministry updates by multiple staff and volunteers. We’ll also vote on the 2021-22 Budget.

Did you know 85% of people who come to faith in Christ do so by the age of 18? Summer Camp is a crucial time in the lives of students. By giving to the Susan Bosley Camp Scholarship Fund, you can help a student attend summer camp where they will hear life-changing messages from God’s Word, be encouraged to deepen their faith and grow closer to Jesus,  make memories with friends that will last a lifetime, and come home ready to tell others about what God has done in their life that week.

First-time guests are coming every Sunday! Help welcome them onto our campus and direct them to their designated parking area by joining the Parking Lot Team. If you can smile and wave, this is a great place for you to serve. Contact Paula Toney to sign up.  She has an orange vest for YOU!

Tuesday Evenings | Volunteers are needed to pick up and drop off people from a couple of the recovery homes. If you would like to help with this ministry, please email Sheri.

June 22 | 7:00 AM-9:30 PM | Transportation will be provided (leave from the church), and parents may attend. Contact Pastor Steve Neill with questions. Cost $98 per ticket (includes all-day drink bottle and all-you-can-eat meal passes, taxes, and fees).

June 23 & July 14 | 6-8 PM | Mark your calendars and join us in June and July! We’ll enjoy the bike park and playground while having fun with friends!

You won’t want to miss what we have planned for students this summer. We’ll hold a variety of events, and we look forward to hanging out with you! Middle School Schedule | High School Schedule