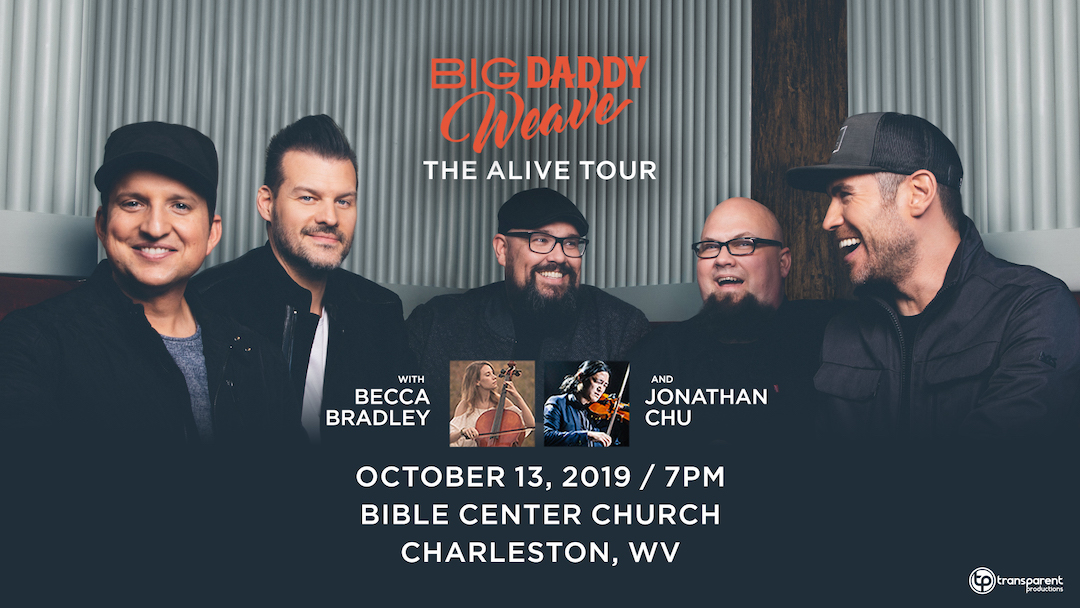 Big Daddy Weave is one of Christian music’s most played artists at Christian Radio each year, one of the genre’s biggest headlining touring artists, and the recipient of multiple industry awards and nominations.

“My Story” became the fifth straight radio number one for Big Daddy Weave, including the mega-hit “Redeemed,” a song that has been certified PLATINUM by the RIAA. Their latest radio single, “Jesus I Believe,” reached the Top 5 at radio and has been streamed over 6.7M times. Big Daddy Weave has career album sales of more than 1 million units. Formed in 2002, Big Daddy Weave is: Mike Weaver, Jay Weaver, Jeremy Redmon, Joe Shirk and Brian Beihl.