Resource | The Book of Mark 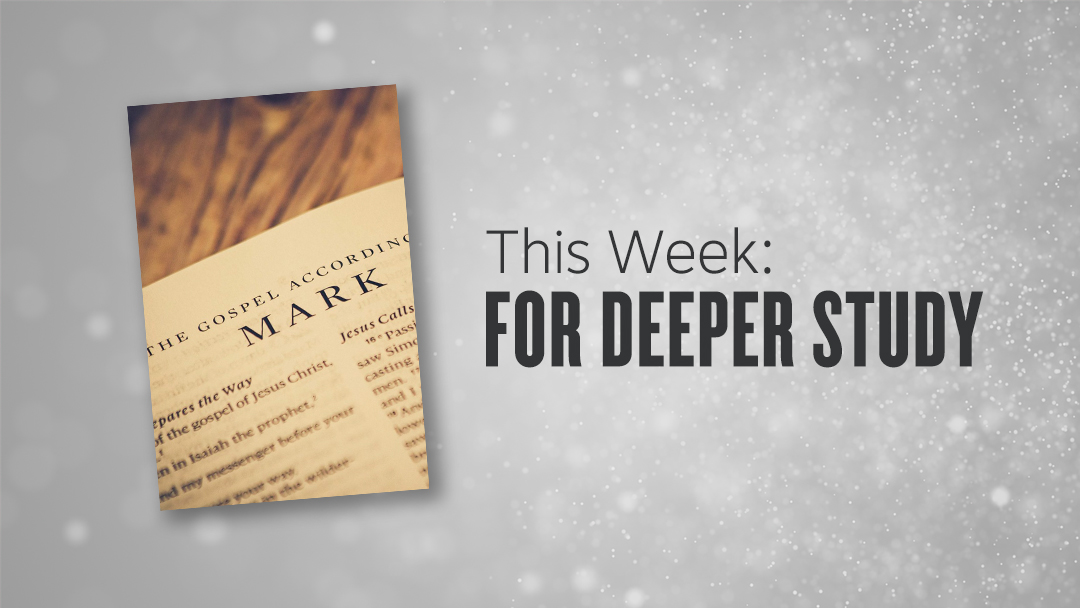 April 5, 2020 –
Sermon: Epic Discovery
Series: Epic Easter
Selected Passages:
Consider reading, studying, and meditating on the 12 occasions that the words “fear” or “don’t be afraid” are mentioned in Mark’s Gospel.

Mark 4:40
He said to his disciples, “Why are you so afraid? Do you still have no faith?”

5:15
When they came to Jesus, they saw the man who had been possessed by the legion of demons, sitting there, dressed and in his right mind; and they were afraid.

5:33
Then the woman, knowing what had happened to her, came and fell at his feet and, trembling with fear, told him the whole truth.

5:36
Overhearing what they said, Jesus told him, “Don’t be afraid; just believe.”

6:20
Because Herod feared John and protected him, knowing him to be a righteous and holy man. When Herod heard John, he was greatly puzzled[a]; yet he liked to listen to him.

6:50
Because they all saw him and were terrified. Immediately he spoke to them and said, “Take courage! It is I. Don’t be afraid.”

9:32
But they did not understand what he meant and were afraid to ask him about it.

10:32
They were on their way up to Jerusalem, with Jesus leading the way, and the disciples were astonished, while those who followed were afraid. Again he took the Twelve aside and told them what was going to happen to him.

11:18
The chief priests and the teachers of the law heard this and began looking for a way to kill him, for they feared him, because the whole crowd was amazed at his teaching.

11:32
But if we say, ‘Of human origin’ …” (They feared the people, for everyone held that John really was a prophet.)

12:12
Then the chief priests, the teachers of the law and the elders looked for a way to arrest him because they knew he had spoken the parable against them. But they were afraid of the crowd; so they left him and went away.

16:8
Trembling and bewildered, the women went out and fled from the tomb. They said nothing to anyone, because they were afraid.